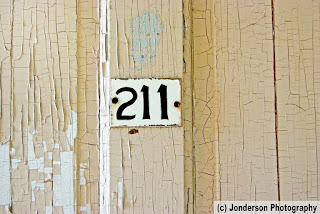 I don't know what was on the door, or who lived in that room. But it was a person with a name and a life. And that was worth remembering as I clambered over the crumbling ceiling plaster and around piles of wood looking for the next shot.
Posted by Jonderson at 5:22 PM