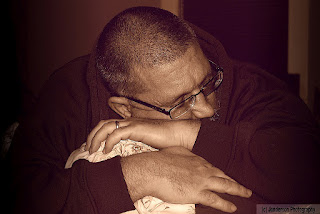 That's a really nice shot. The other pictures that were at the memorial service were very moving too.