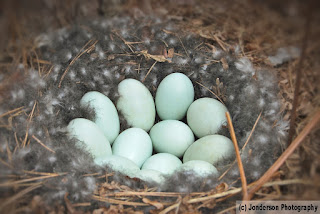 Found this mallard's nest in the woods this week. A poignant reminder that despite how circumstances may appear to us at any given moment, life does continue on.
Will all 12 of these eggs end up as healthy adult ducks? Certainly not. Life's challenges do come with mortality, not just for ducks but for humans as well. But life goes on.
Here in Michigan things may seem to a lot of us that life has been put on pause. That is an illusion, just as the outwardly static appearance of the egg gives no indication of the life inside.
And like the egg, in a month or so the life inside will be revealed and we will be able to look at it and see that it had been going on all along.
Faces we have not seen since March will be seen again, some will appear older, some will appear hairier, some will appear bigger...and sadly maybe some won't appear again at all. But we will see then with the clarity we currently lack, that life goes on. So as long as we are here to live it, we should take a lesson from this duck, and keep giving it our best no matter what the circumstances are. It may not look or feel like doing so makes a difference today, but a little ways down the road it surely will.
Posted by Jonderson at 11:59 PM No comments: 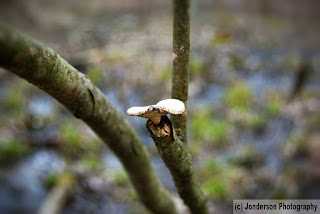 Like most people, I have found myself contemplating the subject of isolation lately. In this regard I find myself lucky. I live in a remote area, spend a lot of time away from people, and so the adjustment to the "stay-at-home" order currently in force here has been easier for me than a lot of folks.

By the way, the woods is a great place to go if you are concerned about social distancing and still want to get out of the house for some fresh air. It is the perfect time of year to be in the woods here in MI as it is warm enough to be enjoyable, but still too cold for mosquitoes.

Today I was out in the woods in back of my house and came across this little mushroom growing right out of the end of a broken twig, about 4 feet off the ground.  Talk about isolated!

Hopefully you are all well, and dealing with this pandemic with grace and prudence, as well as no small amount of patience and consideration for others. Like that little mushroom, isolated, yet an integral and important part of the forest as a whole, we in our own isolation remain an integral part of  humanity, as well as the giant organism of life on this planet.
Posted by Jonderson at 12:40 AM No comments: 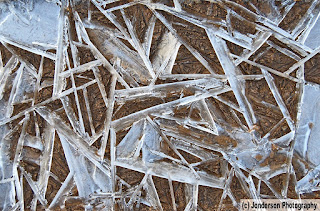 Spring is on the way, but in the meantime here is a shot of some ice crystals. This formation occurs when the surface of a puddle starts to freeze as the water beneath slowly seeps into the ground. If the freeze rate and the drain rate match up just right, this is what you get. I love all the angles! 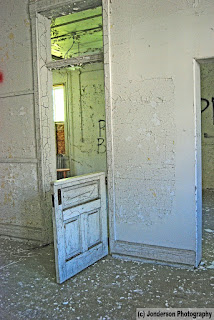